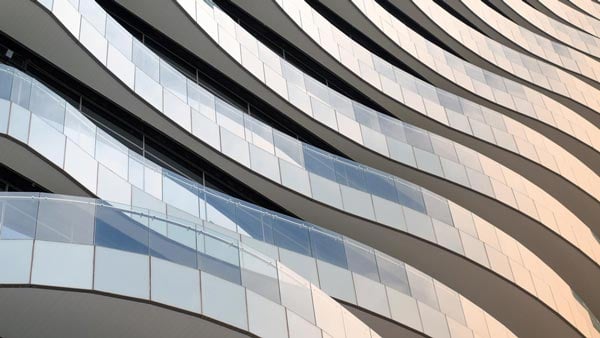 Learn more about Sungard AS' board of managers.

He holds a Bachelor of Science degree from Lehigh University and completed the executive program in industrial marketing management at Pennsylvania State University.

Jarrett Appleby is a senior advisor with The Blackstone Group, where he brings more than 25 years of experience in successfully developing and executing growth strategies for technology platform and IT solutions companies in competitive global markets. Mr. Appleby has demonstrated expertise in transforming go-to-market strategies, execution and messaging in the integrated communications, data center and IT solutions industries.

He received a Bachelor of Arts and an MBA from Lehigh University.

Patrick J. Bartels Jr. is the Managing Member of Redan Advisors LLC. Prior to founding Redan Advisors LLC, Mr. Bartels’ career spanned more than 20 years as a senior investment professional. From 2002 to December 2018, Mr. Bartels served as a Managing Principal at Monarch Alternative Capital LP. Prior to Monarch, he served as Research Analyst for high yield investments at INVESCO. Mr. Bartels began his career at Pricewaterhouse Coopers LLP, where he was a Certified Public Accountant.

Mr. Bartels has served as a director on numerous public and private boards of directors with an extensive track-record of driving value-added returns for all stakeholders through governance, incentive alignment, capital markets transactions and mergers and acquisitions. He holds the Chartered Financial Analyst designation.

Mr. Bartels received a Bachelor of Science in Accounting with a concentration in Finance from Bucknell University.

Mike brings extensive operating and board leadership in public and private communications, technology and infrastructure companies to his role as CEO. His focus includes strategy development and execution, driving business transformation, leading company culture and focusing on stakeholder value.

Prior to Sungard AS, Mike served as CEO and Board Member of Broadview Networks Holdings, Inc., where he led the transformation of Broadview’s strategy and business model from a traditional local telecom service provider to a cloud-based Unified Communications as a Service (UCaaS) provider. Mike has a proven track record of acquiring and integrating multiple companies, as he did with Broadview, as well as focusing on organic growth.

Prior to Broadview, Mike served as Chief Financial Officer and Executive Vice President for US LEC Corp. While at US LEC, Mike raised substantial capital to fund the company’s growth objectives. Prior to US LEC, he held senior roles at Alcatel (now Nokia), Windward International and Siecor Corporation.

Michael Tobin is a highly successful and well-recognized technology entrepreneur and pioneer with over 30 years’ experience in the telecommunications and technology sector. He was honored in 2014 with the Order of British Empire (OBE) medal for services to the digital economy.

Notably, Mr. Tobin led Telecity Group, plc., a leading FTSE250 technology company from 2002 to 2014. During his tenure, he took the company private, led its business transformation by growing organically and through acquisition, and successfully re-listed it. His recognitions at Telecity include the London Business Awards for Business Turnaround of the Year (2005), UK Innovation Awards IPO of the Year and techMARK Personality of the Year (2008). Prior to joining Telecity, Mr. Tobin headed up Fujitsu’s eCommerce operations in Germany. He also ran ICL’s Danish outsourcing subsidiary out of Denmark, among other leadership roles.

Mr. Tobin’s expertise is highly sought, and he serves as an advisor and independent director on several boards. Among his many additional accolades, Ernst & Young named him UK IT Services Entrepreneur of the Year (2009, 2010, 2011), PWC Tech CEO of the Year in 2007, Outstanding Contribution to the Data Centre Industry at the Data Centre Europe awards (2008), Outstanding Non-Executive Director of the Year in the Best of Business Awards and the Global Business Excellence Awards, Chairman of the Year by the Stevie Awards (2016), Datacentre and Cloud Influencer of the Decade at the Broadgroup Industry Awards, and Smith and Williamson’s Top 25 Power Individuals of Industry (2017).

In addition to his many business and technology recognitions, he is well known and respected for his charitable work, which has primarily focused on the education, welfare and empowerment of young people and children around the world.